Continuation of my interview with Amy Carroll on building a successful platform. 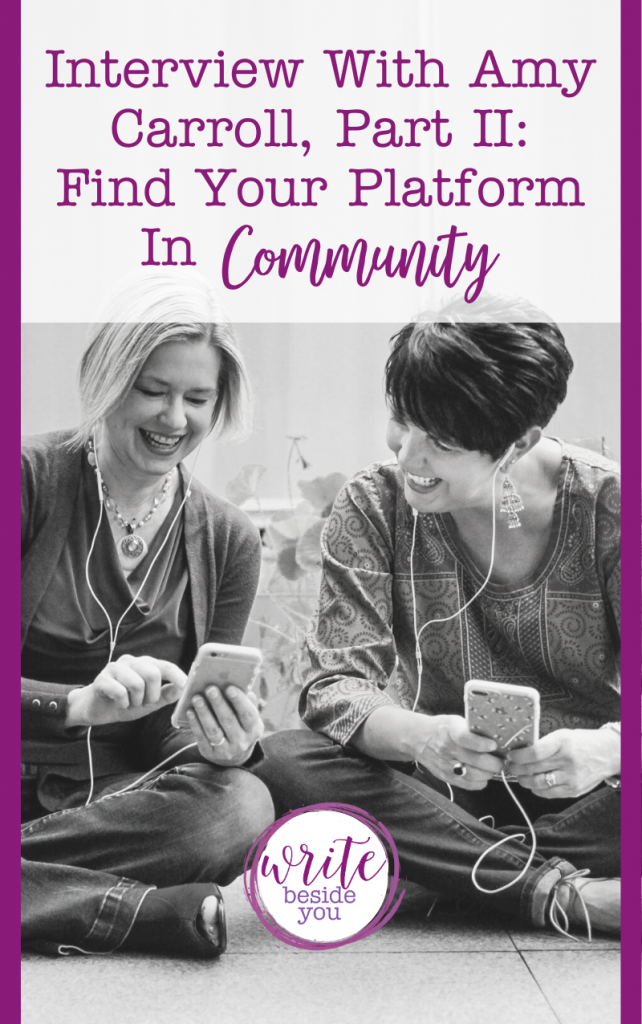 So, the secret to building a successful platform is becoming a speaker for Proverbs 31 or another major ministry. Right?

Well, I can’t deny that being a speaker for Proverbs 31 grew my platform exponentially without me doing anything. That’s just the reality.

However, as I found when I released my own book it’s not really enough, because the market is so flooded with books and speakers. It’s not enough to be part of an organization. You actually have to have a relationship with your own tribe. It’s multi-layered. You might be part of the organization, but you’ll still get lost within that organization if you haven’t built a community and relationships.

What do you think are some other myths or erroneous beliefs that writers and speakers might have about building their platform?

One of the things, just a constant theme in my life in the last year has been community. I think one of the myths is “I have to build this by myself!” because lots of us that are writers and speakers spend lots of time by ourselves behind our computer screens writing messages or writing books. I think it feels very insular.

But recently the things that have built my platform the most have been inside of community, like the Grit ‘n’ Grace podcast. Not only is it the two of us, but we’re finding we’re part of a larger community because of the interviews we do. You and I process ideas together, which has become one of the great joys of my life, but our audience is also telling us, “We feel just like you do!”

Also, even though I have the wonderful Proverbs 31 community of friends, it’s been a year of meeting and partnering with people outside of that world. I treasure being folded into Kathi Lipp’s team, and I’ve become a stalker girl of some of the women we’ve interviewed until they’ve given up and let me be their friend. It’s more fun than a barrel of monkeys to process ideas and do ministry alongside a community that cheers each other on as we build together!

Yes, it expands your platform, but it’s so much more. Creating community makes ministry a place of comfort rather than just feeling like you’re alone and out on the edge all the time.

That makes total sense, because there’s the root word of comfort is fort, which means “to strengthen.” If we’re working together we can strengthen each other. When I’m by myself that’s when the competition really comes in. I love the contrast of comfort versus competition. Maybe most other people don’t have the competition problem I do?

I would say that would not be true. Maybe from my own personal experience. 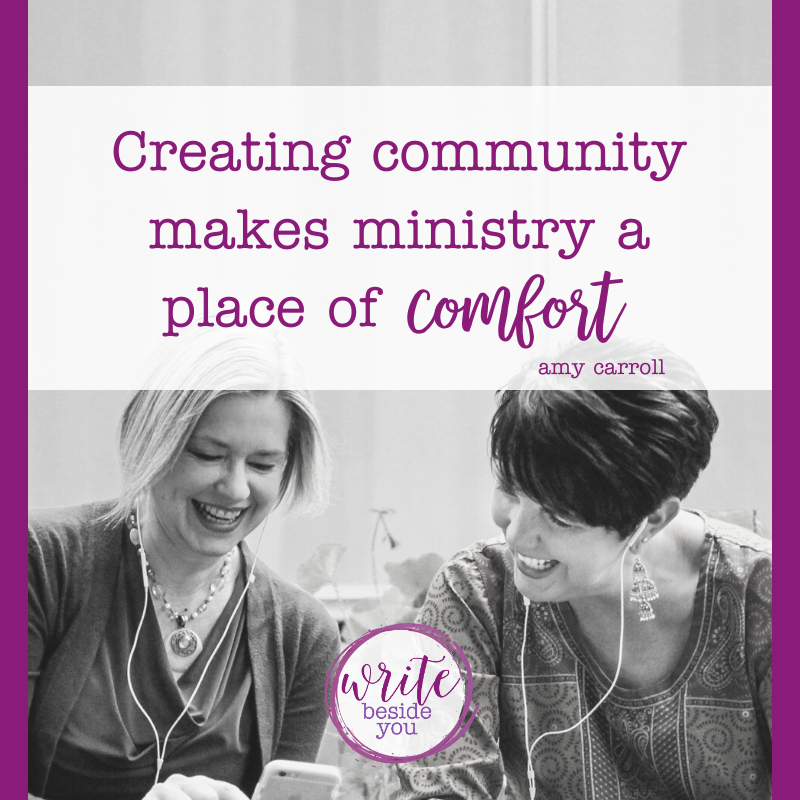 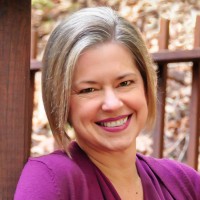 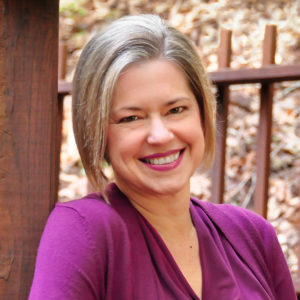 I believe that learning how to show up as your authentic self is the key to serving others well.

Sensitive & Strong: a Guide for Highly Sensitive Persons and Those Who Love Them 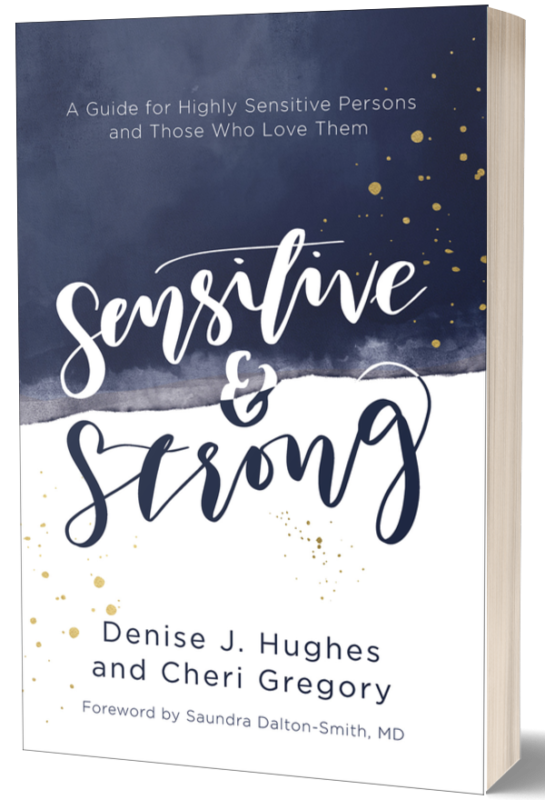 Exhale: Lose Who You’re Not. Love Who You Are. Live Your One Life Well.

Overwhelmed: How to Quiet the Chaos and Restore Your Sanity 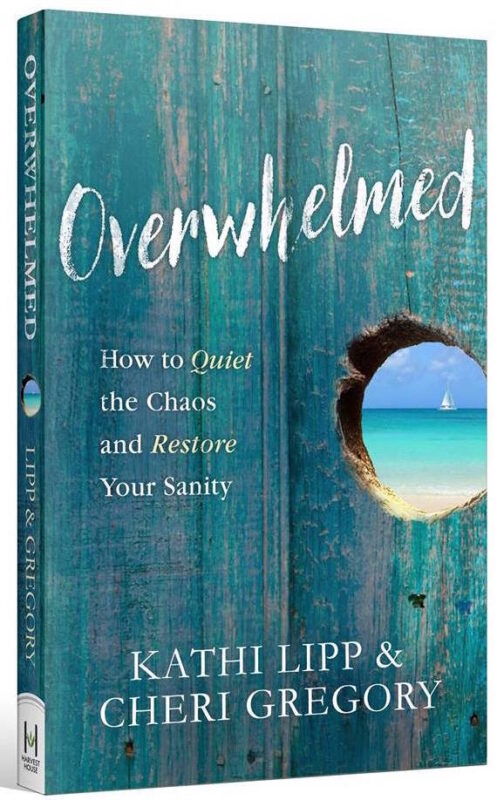 You Don’t Have to Try So Hard: Ditch Expectations and Live Your Own Best Life 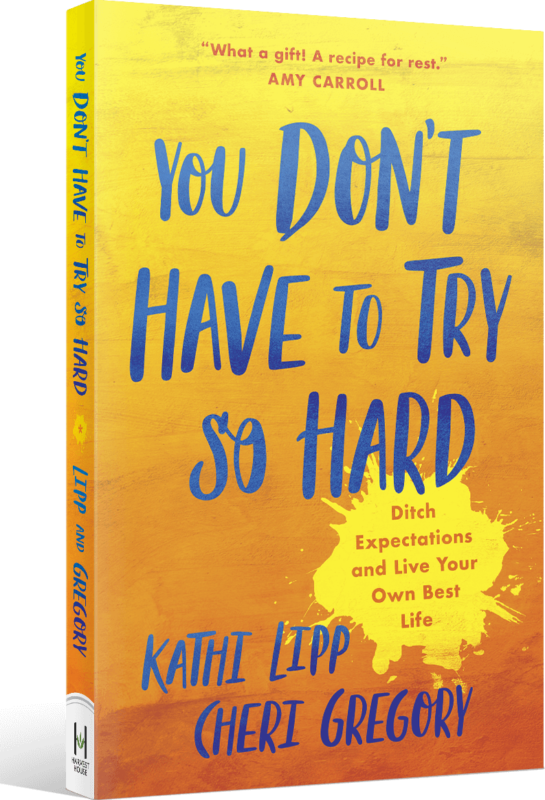